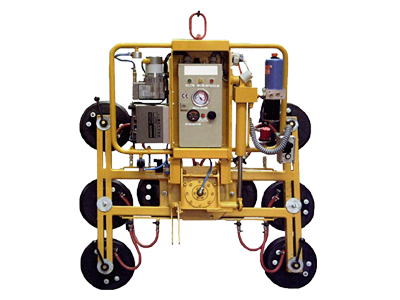 The Hydraulica is an adaptable eight pad lifter that comes with two extension arms as standard that increase the capacity from 800kg to 1000kg and offer additional stabilisation for longer loads. Powered tilting between upright and flat is also standard, together with 360° manual rotation. The fully featured Hydraulica also includes a cable remote control for suction application/release and tilting.

The Hydraulica is delivered with its own wheeled stand, which prevents damage when not in use and allows the lifter to be quickly wheeled into position when required.

Call Now Button
We use cookies to ensure that we give you the best experience on our website. If you continue to use this site we will assume that you are happy with it. OK